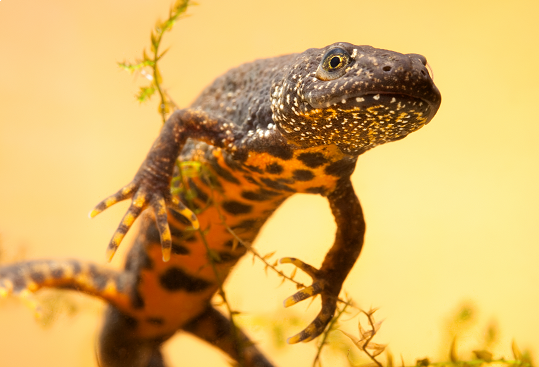 DNA is the sequence that encodes life and can accurately differentiate between species that might otherwise be hard to identify. Indeed, traces of DNA that remain in the environment, referred to as 'environmental DNA' or eDNA, is proving to be promising in tracking down elusive and endangered species. Recently, an article in Nature highlighted the importance of eDNA when researchers demonstrated that endangered bird, Erythrura gouldiae (Gouldian finches), had visited a remote waterhole in Australia. This of course is not a novel concept, as Dylani Lewis explains, scientists have been using this method of analysis for a long time.

An example of routine eDNA analysis in the UK includes the tracking of aquatic Triturus cristatus (great crested newt). T. cristatus is protected species in Europe - this protection includes not only the animals, but also their eggs, breeding sites and resting places. It is against the law to capture, disturb, injure or kill this species. It is particularly important to consider the presence of T. cristatus when working in and around ponds, woodland, scrub and long grass. Indeed, house builders and other developers, must, survey potential breeding ponds to establish if newts are present on development sites.

Presence or Absence not Abundance

As with any method there are limitations. In the instance of eDNA analysis it is impossible monitor species abundance and therefore should be considered as method to establish presence or absence (Buxton et al., 2017). Using genetic information to track down T. cristatus doe 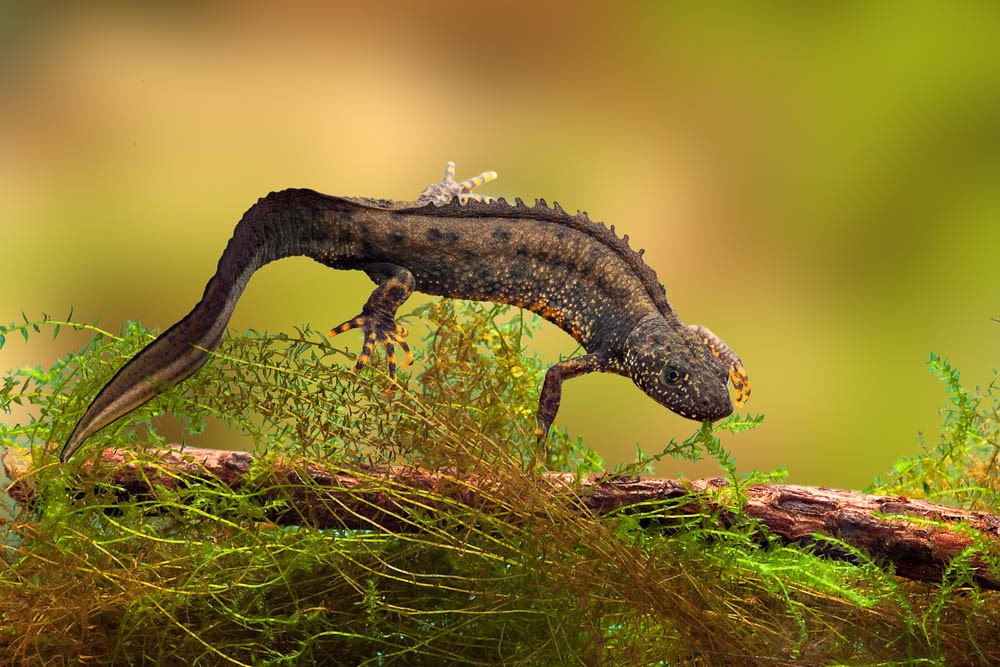 s have its benefits over other surveillance methods however. eDNA sampling can save planning applications time and money in comparison to torch surveys or bottle trapping, which often require repeat surveys throughout the season. It can act as a positive indicator and the commencement of other monitoring methods. Biggs et al. (2014) estimated that eDNA sampling had a 99.3% detection efficiency, compared with 76% for bottle trapping, 74% for torch surveys and 44% for egg searches.

Wildcare supply Great Crested Newt eDNA Analysis Kits for the purpose of demonstrating the presence or absence of this species in an environment. In 2014, Biggs et al. successfully completed DEFRA-funded project, WC1067, and published guidance entitled: Analytical and Methodological Development for Improved Surveillance of the Great Crested Newt, which has subsequently been approved for use by Natural England. According to the guidance, it is advised that pond water sampling is completed in the breeding season during a single visited between the 15th of April and the 30th of June.

1. Once your kit arrives store it in the fridge and use within two weeks (one kit should be used per 1ha of a pond and eDNA sample collection should be undertaken before any other surveillance methods are employed. Note: you should not make contact with the pond water due to potential cross-contamination).

2. You should plan to take samples in a manner that allows for even and representative sampling of the pond edge, including open water and vegetated areas. Ensure that you are wearing gloves at the time of sampling (a new pair should be worn for each target area). Collect 20 samples of 40 mL of pond water and mix the samples well (10 seconds). After this, use a pipette to transfer approximately 15 mL of water into one of the sampling tubes (fill the tube to the mark). Close the tube, ensuring a tight seal, and shake vigorously to mix pond water and preservative. Repeat so that you fill all tubes.

3. Label your samples and store in a fridge with an aim to send the samples off as soon as possible. Package and return your samples according to the lab instructions. Wildcare’s service includes a pre-arranged courier collection.

4. Do not expose the kits to temperature extremes or direct sunlight as this will denature the DNA.

5. A negative result means no Great Crested Newt eDNA was detected. Very rarely results are inconclusive, meaning no Great Crested Newt eDNA was found, but the tests show that the Polymerase Chain Reaction (PCR) was inhibited or the control DNA was degraded - in this case, you should collect a new sample and retest (Note: You will still be charged for an inconclusive result as the lab has had to perform the same amount of work as with a successful result).

Wildcare is proud to supply kits from Applied Genomics, who scored 7/7 in their laboratory proficiency testing during 2017. The kits are made to order so the preservative is fresh and contains a control strand of DNA to check for degradation, ensuring your results are reliable.