Notes on Ecology: Surveying for bats around viaducts 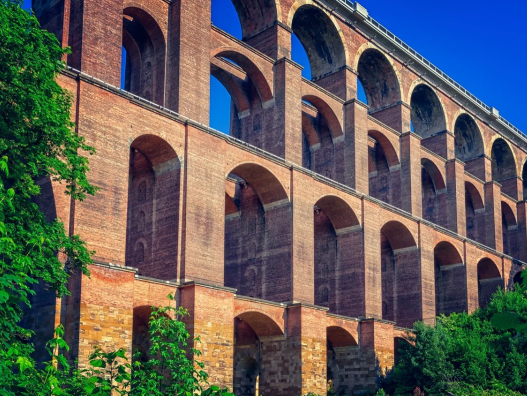 I thoroughly enjoyed listening to Stuart Spray at the BCT Big Bat Skills Event 2021. This sparked my interest in surveying bridges and viaducts. One would suggest that this guidance is applicable to aquaducts too!

Viaduct: a structure built to span and provide passage over a physical obstacle such as water, valley, or road.

Stuart started his session by talking about the fact that these structures require maintenance and that this can include undertaking work that disturbs or endangers bats that are present. Species that are regularly found in bridges include Daubenton’s, Natterer’s bats, pipistrelle species, brown long-eared, and whiskered/Brandt’s bats.

These works can include pointing which can end up trapping bats within a crevice. Other examples include the drilling out and replacement of stone blocks, and the stabilisation of viaduct sides with big bolts that are inserted through the structure, or the installation of girders.

It is important to inspect bridges and viaducts prior to any works being undertaken. Areas to consider are as follows (click on the links for videos):

The methods of inspection include:

Stage One – Visual Inspection From The Ground

Surveys are conducted from the ground, or on water for the purpose of identifying potential target sites. Equipment used to do this includes binoculars, torch, and endoscope for ground-level inspection. Look for potential roosting sites and evidence of bats such as live bats, remains, droppings, and feeding remains. After this stage it is possible to place the structure into one of three categories:

Any areas identified as being able to support bats (in stage one) are assessed close up via scaffolding, cherry pickers, or rope access on hanging platforms. This is conducted during the day. You must be a licensed bat worker, have experienced with endoscopes, and certified to work at heights. Once again the structure is placed into a category:

Bridges and viaducts with features that can support roosting bats should receive two dusk and one dawn activity surveys between May and September. You should have these in your bag: hand-held bat detector, static bat detector, IR-capable camera, GPS, and maps. It is advised to start 30-minutes before dusk and 2 hours before dawn and at sunrise. The following observations should be made:

If it is found that exclusion is impossible it is necessary to put in place a watching brief where someone is on-site to oversee the work and observe for bat presence, which could happen at any time during the works.

Features with confirmed roosts should be avoided. If this is not possible, then a license is required.