Ecology in Parliament and the news - August 2020 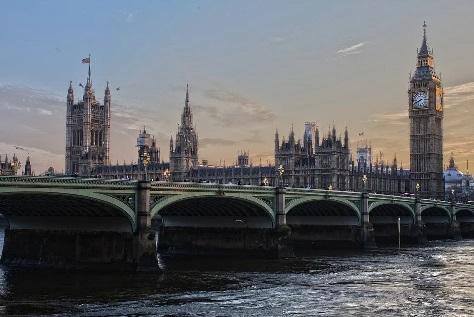 With all that has been going on, where are we with environmental issues?

Note this is based on information provided within the Hansard (https://hansard.parliament.uk/) and other sources - This blog is to inform rather than to express affiliations with a certain point of view.

The latest information on the Environment Bill is that it was being considered by the Public Bill Committee. They had reached their seventh sitting, which was detailed in our last blog. These sittings have been temporarily suspended until the 26th September with a view to the Bill targets being in place for October 2022. For those of you who are curious about the passage of a Bill, you can find more information here.

The current content of the Agriculture Bill can be found here. In our last blog we relayed that the Environmental Land Management Scheme (ELMS) is set to replace schemes under the Common Agricultural Policy (CAP). ELMS, which is focused on farmers being rewarded financially for undertaking enhancements to the environment, received a mixed response from the industry.

As you can see, stitching together Agriculture and the Environment, involves a mixed bag of variables. It will be interesting to see how this progresses.

A quick look into other legislation, revealed the imminent overhaul of a legacy of EU laws. Environmental Secretary George Eustice recently spoke to the Green Alliance on this matter, indicating that: ELMS is set to replace schemes under the CAP; Environmental Impact Assessments may be simplified; Birds and Habitats Directives may be revisited. Positively, George Eustice mentioned ensuring the consideration of species that are characteristic of our habitats.

George Eustice delivered a speech on environmental recovery on 20 July 2020. He conveyed that the destruction of nature undermines the foundations. He noted that nature has been in decline in Britain for decades and it is the Governments mission to turn this trend around. He stated that by leaving the EU, they have the freedom to decide upon the content of environmental policies, and acknowledge that environmental challenges must be resolved with long-term strategies (established by October 2022). George Eustice said it is important to appreciated what worked and what did not work for the EU, in terms of the environment. He also acknowledged that the UK was "a driving force in establishing other international conventions" and stated that we will be hosting the COP26 in 2021, where climate change and biodiversity, alongside illegal deforestation and sustainable supply chains will be priorities.

George Eustice noted that we should try new approaches and that we should understand the science to inform decisions about protecting species and habitats whilst delivering biodiversity net gain. He also stated that he wants a centralised body of data on populations to be available to everyone. With this in mind he announced a "£5m pilot on establishing a new Natural Capital and Ecosystem Assessment".

George Eustice finalised his speech with the sentiment that these changes are at the heart of our activities, and would inform future farming, approaches to biodiversity net gain, and other initiatives to protect our environment.