Now is the time of year to put up bird boxes

Now the weather is starting to change it's a good time to think about putting bird boxes up, both because they will soon be returning and looking for places to raise their young, but also it's a much more pleasant experience for you to be out in the garden finding a good spot and fixing it up than it is in the middle of winter. You do need to act soon though as many birds will already be investigating where they are planning to settle down and raise their brood for the coming summer, in fact several species which remain in the UK during the winter may have already chosen their site for this year.

Why do birds need nest boxes?

Many years ago the UK was almost entirely covered in natural woodland, however the British landscape has changed dramatically since then with the vast majority of the countryside given over to grazing or agriculture and our towns and cities are mainly either built on or at best, well manicured gardens. This has all led to a major decrease in suitable habitat for wild birds, whilst many people do put food out for birds in urban areas there is still a shortage of suitable nesting sites, therefore putting up nest boxes provides a great alternative to the natural cover from dense foliage or holes in trees which many birds prefer.

According to the RSPB over 60 species of British birds are known to have used nest boxes. These include blue, great and coal tits, nuthatches, house and tree sparrows, starlings, spotted and pied flycatchers, robins, house martins, kestrels and tawny owls. 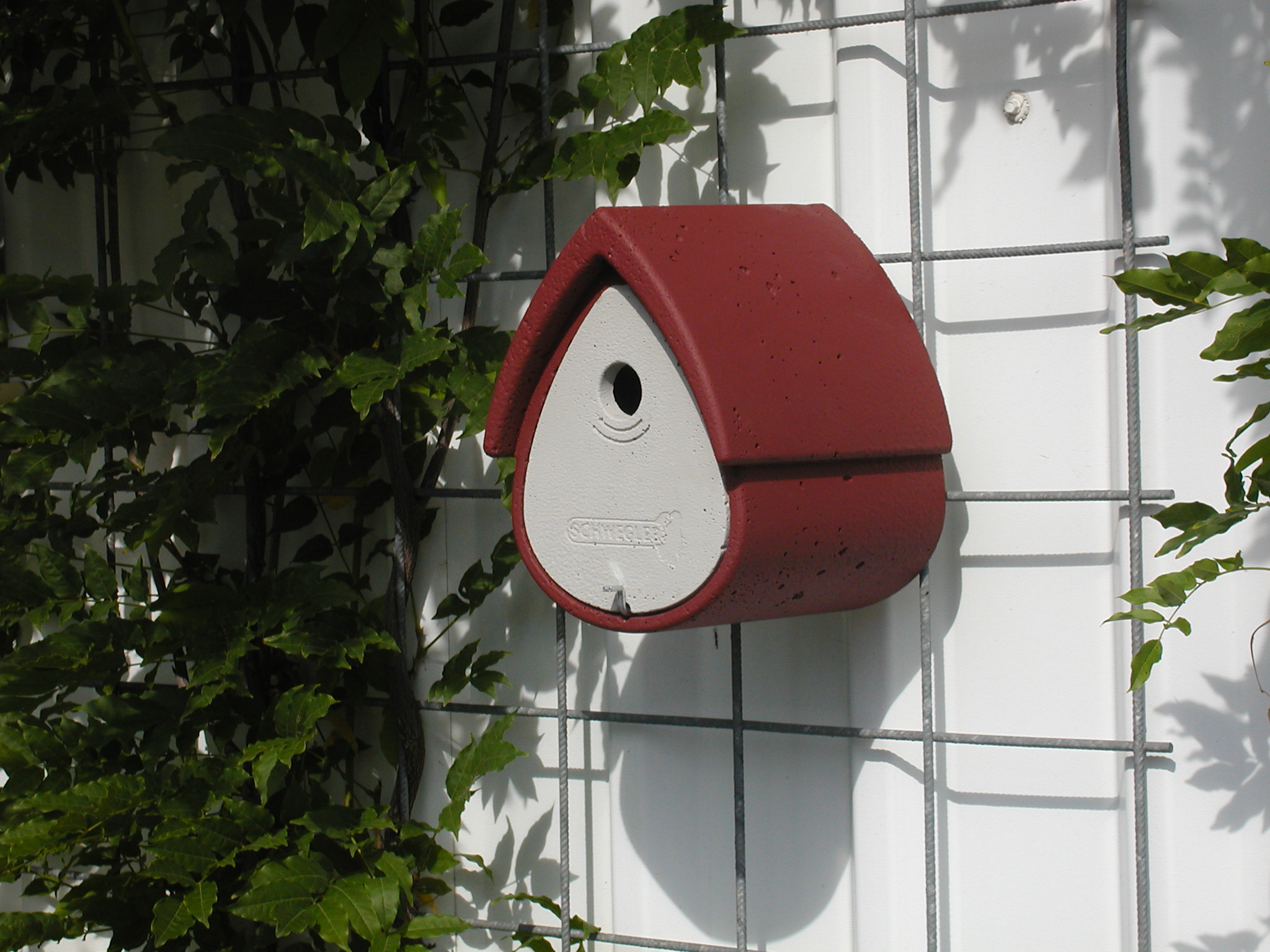 Where should I site a nest box?

This varies enormously from species to species and if you have an interest in conservation of a species you should find out exactly what conditions they favour, however as a very general guide:

Tits, Sparrows and Starlings - prefer their nesting box to be between 2 and four metres above the ground and facing Northeast, this makes sure they are out of the strongest direct sun and sheltered from the wettest winds, they also like a clear flight path to the box.

Robins and Wrens - prefer their nesting site to be low down, so try to keep it under two metres and use an open fronted nest box tucked away right inside plenty of dense vegetation but with a relatively clear way in and out.

Remember that many birds are territorial, so they will have an area which they will protect and prevent other birds of the same species from nesting within, therefore (with the exception of sparrows and house martins) you should only put up one type of next box per species within your garden, but of course, you can still put up several to attract a wide range of birds.

There are a wide range of nest boxes available in our online shop from general purpose bird boxes to those for specific species, such as  Barn Owl nest boxes, Dipper and Wagtail boxes, swift, Swallow or  House Marten nests and even much larger ones such as our kestrel nest box. Or our nest box kits which are ever popular with schools and and organisations who buy large numbers and need to keep the cost down.