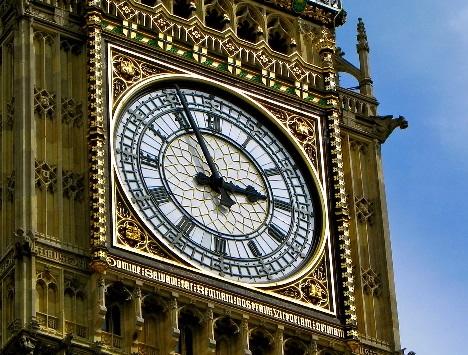 Baroness Jones of Moulscoomb asked how investment in The Green Investment Fund compared with the public investment in carbon intensive sectors. Baroness Penn replied with the following fund allocations:

Lord Colgrain asked about the steps being taken to increase the rate of tree planting. The Lord Bishop of St Albans raised the issue of biosecurity around imported tree stock. Lord Cormack raised concerns over the disappearance of ancient woodland due to the HS2.

Planting rates have increased from 1,400 hectares in 2019 to 2,200 in this planting season. Domestic production of trees merits government support.

In relation to a query from Baroness Boycott, Lord Goldsmith acknowledged the importance of not importing deforestation, in the form of commodities, from other countries.

Baroness Bakewell of Hardington Mandeville raised the issue of pests and diseases - 20 non-native pests and diseases currently affect native UK trees (6 are at epidemic levels), with a further 11 diseases that have the potential to be introduced to the UK in the future. Lord Goldsmith confirmed that this is a priority for Defra. Research is currently being undertaken around the breeding of tolerant trees.

According to the Wildlife Trust there are 200 chalk rivers in the world, with 85% of them being located in the UK in the south and east. You can read more about them if you follow the link above.

In relation to this geographical feature, James Wild of North West Norfolk wanted to know how chalk streams are being protected and enhanced. This question was driven by the events last year, when water companies discharged sewage into the chalk streams and rivers in his constituency and across the country (200,000 times).

The Parliamentary Under-Secretary of State for Environment, Food and Rural Affairs, Rebecca Pow, responded by saying that the Environment Agency's Water Industry National Environment Programme has been put in place to improve water quality. Further to this there is a conference on the 16th October to discuss chalk stream protection. It was acknowledged that regulation is key to preventing pollution. It is expected that water companies have drainage and wastewater management plans.

Ruth Edwards of Rushcliffe asked about deforestation. Rebecca Pow responded by stating that commodity supply chains drive deforestation and that the Government are trying to move towards a new world-leading due diligence law. Meanwhile, they are part of international plans around supply chains.

The Global Resource Initiative Report of March 2020 may be an interesting read.

Ruth Cadbury of Brentford and Isleworth and Navendu Mishra of Stockport inquired about the Environmental Bill's provision on air quality. Concerns were raised in relation to the life expectancy and health of constituents. Ruth Cadbury wanted to know if the World Health Organisation’s guideline on air pollution limits will be considered. Ruth Jones of Newport West added that "60% of people in England are living in areas where levels of toxic air pollution exceeded legal limits last year". Government statistics can be found here.

Rebecca Pow confirmed that air quality is a key part of the Bill, with measures being a result of engagement with relevant stakeholders. She stated that the Bill contains two targets (PM2.5 being one), and that data is required before measures can be added into the Bill. Clean air zones are being introduced as part of the Clean Air Strategy.

Harriett Baldwin of West Worcestershire and Stephanie Peacock of Barnsley East asked about Flood Defences. Rebecca Pow replied that £5.2 billion is being invested to deliver 2,000 flood defence projects to protect 336,000 properties in England by 2027. Additionally, up to £170 million is going towards flood defence schemes that will soon begin construction.

John Lamont inquired about what is being done to promote sustainable fishing.

The Parliamentary Under-Secretary of State for Environment, Food and Rural Affairs, Victoria Prentis, replied that the Fisheries Bill sets out Fisheries Management Plans, which will aid the protection and recovery of stocks, and will help safeguard the environment. The government have released guidance on 'How to Manage a Fishery'.

In reference to A lost decade for nature, by The Royal Society for the Protection of Birds, Lord Teverson wanted to know how biodiversity loss in the UK was being reversed in order to meet Aichi Biodiversity Targets. Lord Goldsmith of Richmond Park remarked that the significantly funded 25-year environment plan outlines the ambition for wildlife and the natural environment, and approaches activities with Aichi targets in mind. The Government have increased international biodiversity spending. Baroness Burt of Solihull shared that we have not met 17 of the 20 Aichi targets in Britain. Lord Goldsmith agreed with this, however stated that the combination of the Environment Bill, Agriculture Bill, Fisheries Bill, and the Nature4Climate fund will put us back on track.

Baroness Parminter raised the burning of peat bogs, which support rare and endangered species. Lord Goldsmith assured her that burning of protected blanket bog is being considered in the England Peat Strategy.

Lord McNicol of West Kilbride brought up the United Kingdom’s 6th national report on the convention on biological diversity (JNCC, 2019), raising his concern over the ongoing decline of species and habitats, and the short-term fall in Government funding. Lord Goldsmith responded by stating that protected areas at sea have expanded, funding for woodland expansion has been made available, £640 million has been apportioned to climate fund, and peatland restoration and nature recovery has been resourced.

Baroness Walmsley brought attention to a company that wants to build greenhouses in Wrexham using waste heat and emissions from the sewage works next to the site.

Baroness Boycott asked about the creation of green infrastructures and making space for nature inside cities. Lord Goldsmith stated that the Government are funding tree planting in cities, through the England Tree Strategy.

Alexander Stafford of Rother Valley spoke on behalf of his constituents about their opposition to fracking, which has 'Environmental Costs and Benefits', and is linked to seismic activity. The main concerns raised for the Rother Valley were around the contamination of local aquifers, and the lack of capacity of The Environment Agency and Health and Safety Executive in relation to monitoring all fracking sites. Indeed, concerns were raised in relation to noise, pollution, traffic and the destruction of flora and fauna. Mr Stafford calls for a permanent ban on fracking, especially when it is clear that renewables are the way forward and carbon neutrality is a global goal. In relation to looking forward to the future, Mr Stafford shared his enthusiasm for hydrogen powered vehicles and homes, and the opening of a hydrogen electrolyser factory. He is also interested in Government issued green bonds.

The Minister for Business, Energy and Clean Growth, Kwasi Kwarteng, responded by confirming that the Government take an evidence based approach to issues, and will only support domestic shale gas production if it can be undertaken safely and sustainably, in a way that provides minimal disturbance, and with a focus on environmental and safety regulations. Mr Kwarteng highlighted the event of a 2.9 magnitude tremor in Lancashire that was a direct result of fracking. The reading was well over the threshold of 0.5 on the Richter Scale. He stated that "on current evidence—fracking will not be taken forward in England. Nor is it likely that it ever will be taken up again unless ​there is compelling new evidence... We will not support fracking unless the science shows categorically that it can be done safely and without inconvenience".