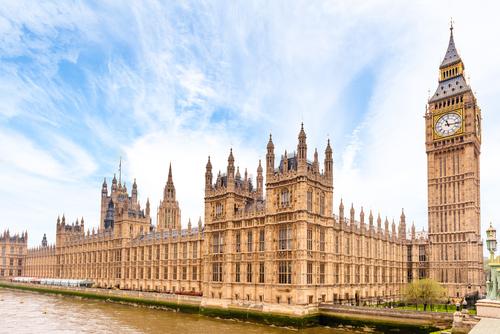 Note this is a summary of some of the points - Read the full set of Hansard on https://hansard.parliament.uk/ - This blog is to inform rather than to express affiliations with a certain point of view. Feel free to scroll through to the headline that interests you - the House of Lords Hansard summary is in indigo and the House of Commons in green.

On the future of upland farms and tenant farmers: Upland and tenant farmers are key to a vibrant agricultural sector and rural communities. In the tenant farming sector, we have consulted on proposals to support productivity improvements and facilitate structural change... Food production and environmental enhancement are central to our plans and go hand in hand. We are working with farmers in all sectors and locations to co-design environmental land management schemes."

On the matter of the sheep industry in upland Wales: I am well aware that upland farming and sheep production in Wales are extremely important. That is why our lamb exports to Japan, China and India are a way forward... we want the agricultural sector in Wales to be successful, as we want it to be in the rest of the United Kingdom.

With regard to what land is likely to become unfarmed after extended single farm payments run out: Land management schemes will be available in the uplands, so that farmers can decide about food production, timber production and the public goods that will benefit. I do not see any problem at all about such parts of the country, with the right trees in the right places, being part of our work and the farming community’s work to ensure that we have greater tree cover... we will be farming for timber and food production and for the environment.

With regard to the potential increase in price of feed and other costs as we leave the EU: We recognise the importance of food production and food security, and this will be in our updated agriculture Bill to be introduced shortly.

On the impact of the bushfires: It was noted that in the past four months bushfires have resulted in the loss of 25 people and displacement of thousands more, with over 1,900 homes destroyed. 10 million acres of land have been burnt, with fire smoke causing poor air quality, impacting millions of people. Peak summer temperatures that are set to come will result in a continuation in the fires. Mrs Heather Wheeler expressed "This crisis has been devastating and our hearts go out to the Australian people". Fabian Hamilton followed on and stated that he applauds "ordinary Australians who have so movingly and selflessly risked their own lives to save koala bears and other creatures whose populations have suffered such devastation as their natural habitat has been devoured by the flames. I understand that to date up to 1 billion animals may have perished".

On climate change: Fabian Hamilton went on to query "how we address the challenge of climate change, how we keep the Paris agreement on track and how we stop our world reaching the point of no return on global warming, where events such as those we are currently seeing in Australia become the new normal...

...What we need instead is what my right friend the shadow Foreign Secretary called for a year ago:

“the globalisation of the green new deal”.

The proposition is that we help every country in the world, and indeed use our weight at the UN to oblige every country to use the natural resources at their disposal, whether it be wind power, tidal power or solar power, to move rapidly towards a zero-carbon economy, in the process creating millions of new jobs. Britain led the industrial revolution in the 18th and 19th centuries. We are in a very good position to lead this green revolution, and I urge the Government to take that lead."

On the question of climate change: Mrs Wheeler stated that they will be chairing COP26 and on money, we are increasing our international climate finance offer from £8.5 billion between 2016 and 2020 to £11.6 billion over the period 2021 to 2025, in order to help developing countries take action.

On the current hold on fracking activity: Baroness Jones of Moulsecoomb asked when the moratorium on fracking will become a ban. The Parliamentary Under-Secretary of State, Department for Business, Energy and Industrial Strategy and Northern Ireland Office, Lord Duncan of Springbank, replied that the Government will be led by science, with a precautionary approach ensuring that shale gas exploration will only be supported if it can be done in a safe and sustainable way.

Note: Safety and sustainability will be demonstrated through geo-mechanical surveys of specific basins with the Oil and Gas Authority overseeing the determination of the criteria for the examination. It would need to demonstrate that it is safe and sustainable as a resource and for the local community. The Government does not intend to commission work, however others may and they will be obliged to do so under the direction of the Oil and Gas Authority.

Baroness Jones of Moulescoomb followed on with a proposal for banning gas central heating in new-builds with a view to look at subsidising heat pumps and renewable energy - to which Lord Duncan replied that there is a need to decarbonise and that this is being considered in relation to internal central heating processes. Baroness McIntosh of Pickering stated that the moratorium is great news for North Yorkshire due to the consideration of fracking in a National Park, and questioned if the Government will look into energy from waste, to which she recieved the reply: "waste will become an important generator of electricity and we need to recognise its value"

On nuclear energy: Baroness Neville-Rolfe queried the speculation that there might be more support for nuclear (a zero-carbon source of energy). Lord Duncan replied that nuclear must be part of our wider energy mix - investment will continue and the interest in fusion continued.

On tidal energy: Lord Duncan stated "Love it—we should be doing a lot more of it."

On a first reading of a Bill: there is a proposal to enable London Borough Councils and the Common Council of the City of London to achieve reductions in airborne emissions.

Lord Duncan of Springbank: The Government will publish an energy White Paper in 2020, which will provide further detail of the necessary transformation of our energy system... by 2030 all but one nuclear power station will be closed.

On the access around the coast of England: Natural England path routes will be published by June. It is expected that the whole path will be open, or established works will be under way by the end of 2021.

Andrea Leadsom: Since 1990, we have cut our emissions by 42% while growing our economy by 73%. Since 2000, we have decarbonised more quickly than any other G20 country. Since 2010, we have quadrupled our electricity generation from renewables, including through the installation of 99% of the UK’s solar capacity. In 2017, low-carbon fuels produced more electricity than fossil fuels for the first time, and in that year we also saw the first coal-free day for a century, followed in 2019 by the first coal-free week and coal-free fortnight. Building on the world’s first climate change Act, last year we became the world’s first major economy to legislate to end our contribution to climate change altogether by 2050.

Caroline Lucas: The Secretary of State... says that greenhouse gas emissions have fallen by 42% since 1990, but she knows that if we calculated consumption-based emissions and factored that in, our emissions have actually fallen by only 10%.

Andrea Leadsom: The hon. Lady is absolutely right: the carbon emissions figures for the United Kingdom do not take into account our consumption emissions or, indeed, our contribution to the reduction of carbon emissions around the world—both are important points. On the other hand, I would take issue with her from a philosophical point of view, because in order to measure progress, we need to have measurements, so it is incredibly important to talk about our UK territorial emissions at the same time. I look forward to working with the hon. Lady constructively, as she and I have done previously on a number of occasions, to make the UK’s ambition to lead the world in tackling climate change a reality in the run-up to COP26.

Andrea Leadsom went on to the increase in wind turbines and offshore wind capacity, and how the current Government is committed to producing 40 GW from offshore wind by 2030. Janet Daby raised her concerns that the UK is off its own climate change target of an 80% reduction in emissions by 2050. Andrea Leadsom stated that they will bring forward more measures throughout the year to help us to meet that target of net zero.

Philip Dunne: the four cooling towers of Ironbridge power station came down during the course of the general election, and that one of the companies interested in that industrial brownfield land is one of the leading companies involved in driverless vehicles

1. To lead the world in tackling climate change

2. To solve the grand challenges facing our society

3. To make the UK the best place in the world to work and to grow a business.

"...From space technology to life sciences, the UK is developing satellites that measure climate change and creating ways to help people to enjoy five extra healthy years of life by 2035. From artificial intelligence to robotics, and from advanced manufacturing to green tech, the UK will seize the opportunities offered by this new industrial revolution. That will be underpinned by our commitment to increase our research and development spending to 2.4% of GDP by 2027..."

Members of Parliament noted the importance of Lowestoft Tidal Flood Barrier, which provides protection for homes and businesses. This expanded out to highlight the problems this 'most easterly' town faces with regards to being exposed to the North Sea. Furthermore, the National Infrastructure Commission has noted that investment is vital, as 5 million homes in Britain are at risk of flooding and coastal erosion. There is an aim to be resilient to flooding 99.5% of the time by 2050. It was stressed that there is a need for long term plans for flood risk management.

On the Office for Environmental Protection: This Office is set to become operational from the 1st January 2021, and will enforce its full statutory powers. This Office will be operationally independent of Defra and ran by 60 to 120 people. We will be subject to the oversight of EU institutions until above mentioned date. It is expected that Climate Change legislation will fall within the remit of this new Office.

That's all for now, see you next month