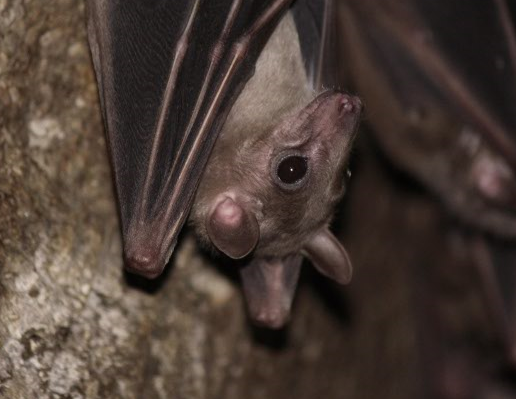 Frequency Division devices capture sound continuously & save a fuller record of a bat's ultrasonic call for post-visit analysis. Unlike Heterodyne devices they detect all frequencies within the range that the bat calls in real-time. These features mean that operators are unlikely to miss a bat.

In this blog, we give an overview of our Frequency Division Bat Detectors. Some other detectors have this mode but are also capable of much more complex functionality and so will be discussed in future blogs.

The Batbox Duet (frequency 17 – 125) has the dual function of frequency division and heterodyne. The Duet has the benefit of being able to measure the amplitude of the bat call before the signal undergoes division, which it integrates into the output to create an identical waveform (but at an audible frequency). Its other features include:

The Batbox Baton (frequency 20 – 120) exclusively uses the frequency division operation and is ideal for use with children, public bat walks, or large groups. This Batbox bat detector is different from other Batbox detectors, due to it being compatible with a version of the Batscan sound analysis software, that was specifically developed for use with the Baton. As with the Duet, the Baton retains the amplitude information for use in the output, and thus allows analysis of time, frequency, and intensity. This detector also features:

Applications of the Duet

The Duet, amongst other bat detectors, was used to study the success of maternity roost compensation measures by Scottish Natural Heritage (Makintosh, 2016). This is an interesting study demonstrating the complexity in providing compensation for the development of areas. The author suggests the idea of ensuring that there is a bat habitat available in the wider landscape, rather than focussing wholly on individual projects. Carr et al (2018) used a Batbox Duet, alongside a Song Meter 2 and portable CCTV video system to undertake a dusk emergence survey, for a wider study into the roost preferences of the Barbastelle bat (Barbastella barbastellus), in fragmented oak woodland. In a similar study, Rockell et al (2017) explored the habitat preferences of long-tailed bats Chalinolobus tuberculatus in the Pureora Forest Park. The surveyors used the Duet to verify bat presence and to recognise if the bats were commuting or drinking and foraging, based on whether they were emitting a buzz call or not.

Applications of the Baton

Yates et al (2018) used the Baton (and Audacity software) to pick up the ultrasonic vocalisations of rat pups in relation to vitamin D deficiency. Meanwhile in a study of breeding bird and bat activity Salminen (2017) used this bat detector, preferentially over mist netting, harp trapping, and direct hibernacula counts, for pass count surveys. From an entomological perspective, the Baton was used to monitor the twittering of pupae of Papilionidae and Nymphalidae butterflies, with recordings being made via a recoder (sample rate 44.1kHZ, storage as 16 bit.wav files. The researchers, Dolle et al (2018), found that they could amplify the sounds of 35 out of 58 available species, and found that the Baton was sufficient to determine the presence of twittering and the time course of these noises.

The Petterson D230 (frequency 10 – 120) is another bat detector that combines the functionality of frequency division and heterodyne operation. When an individual uses headphones the frequency division signal is audible through the right side and the heterodyne signal through the left. Although this detector is primarily used for bat detection and the study of other bioacoustic ultrasound (rodents, bush crickets), it can be used in other settings where detection of ultrasound is necessary. Some features include:

Applications of the D230

In line with traditional uses, Garcia-Ruiz et al (2017) used the D230 to study the phenology of emergence by cave-dwelling bats. The researchers lit the entrance of the roosts with infrared light (810nm) and an IR halogen spotlight with a 715nm filter. They then undertook video and audio recordings simultaneously with IR light-sensitive cameras attached to the D230. Untraditionally, Hobbs et al (2016) used this device in their research to ensure "that no high-frequency sounds were present" in a room when studying spatiotemporal patterns of contact across the rat vibrissal array during exploratory behaviour. As mentioned above, Dolle et al (2018) used a Batbox Baton for their research but they also used a D230. Barros et al (2014) used this device to detect and count bat passes in five habitat types.