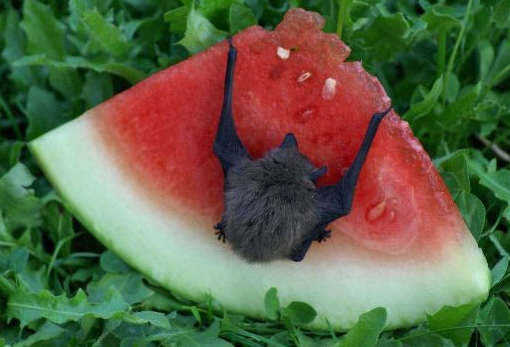 Heterodyne detectors are the go-to if you are a beginner, as they tend to be affordable and easy to use. However, heterodyning can still be used by professionals alongside other methods. These bat detectors work by converting ultrasonic bat calls into distinctive sounds in the audible range so that operators can use this information as well as visual clues to distinguish between a range of species in the field. Read more about the technical aspects here.

In this blog we give an overview of our Heterodyne Bat Detectors.

Applications of the MK4

The MK4 was used in conjunction with a digital voice recorder and alongside a Pettersson D500X to study active times of bats by Nakano and Mason (2018) in their research on the early erratic flight response of the lucerne moth to the quiet echolocation calls of distant bats. In 2016 Udall-Martin Associates Ltd. used a Pettersson 240X with an Edirol R-09 wav recorder, Batbox Duet, Magenta Bat4, and Anabat SD1 and SD2 bat detector/recorders in order to study bat dusk emergence and dawn re-entry to identify potential impacts of council building refurbishment to roosting bats. Le Roux and Waas used a Bat4 in an interesting study involving the broadcast of blackbird calls and aircraft noise which they used to determine if sounds can alter the evening activities of long-tailed bats.

Applications of the MK5

Edirisinghe et al (2016) used an MK5 to locate bats in one of their Sri Lankan observation sites during a study that resulted in the first records of lesser woolly horseshoe bat (Rhinolophus beddomei) juveniles. Wagner et al (2019), used the MK5 in order to undertake an olfactory-driven behavioural study into the ultrasonic vocalisations of mouse pups in relation to odorant detection.

The Batbox III D (frequency range 19 – 125) is a high-quality, low-noise ultrasonic bat detector used in universities, conservation, and environment departments and by thousands of amateur naturalists throughout the world. It has some key features including:

Applications of the Batbox III D

A novel use of this bat detector was documented in research by Hitrec et al (2020) who monitored the ultrasonic vocalisations of lean and obese rats during REM sleep in relation to the light-dark cycle and animal weight, and the potential that vocalisations are a consequence of abnormalities in the respiratory physiological process. In another study, Walcher et al (2019), utilised this bat detector in combination with digital recorders to assess the number of grasshopper species in a long-term abandoned mountain meadow in the Austrian Alps. In a more usual study, Zeale et al (2016), used the batbox III D, in combination with a night vision monocular, to study the number of Natterer’s Bats (Myotis nattereri) emerging from roosts inside historic churches.

The D100 (frequency range 10 – 120) is similar in quality to the Batbox III D, but includes a backlit frequency dial for easy reading at night, and has a wider frequency, giving it a greater sensitivity on the upper range, making detection of larger bat species easier. It is primarily intended for the study of bats but can be used for studying other animals, such as rodents and insects.

The D200 (frequency range 10 – 120) has a back-lit screen for easy use at night, and a large digit display providing an accurate value of the tuned frequency. As with the D100, the applications of the D200 are similar. Features include:

Applications of the D100

In a study by Breveglieri et al (2019), this device was used to study insects and it was found that Hylesia nigricans caterpillars emit ultrasonic noises in the presence of predators, with the duration of the noises increasing with repeated ‘alerts’ of predation risk. Lindecke et al (2019) used the Pettersson D100 to verify the presence of other bats before releasing and studying the vanishing direction of migratory bats. In a study by Spoelstra et al (2018), this device was used alongside a Pettersson D240 and an LED infrared light, to determine Daubenton’s bat (Myotis daubentonii) numbers and flight direction in relation to illumination in a landscape.

Applications of the D200

Thompson et al (2019) used the D200 to monitor the location of katydid species, that call within the ultrasonic range, across three zones in a biosphere reserve. Zhigalin and Moskvitina (2017) used that D200 to find the hunting areas of the parti-coloured bat (Vespertilio murinus) for a study concerned with the effects of man-made environs on their ability to produce offspring. Meanwhile, Kravchenko et al (2017) undertook acoustic transects in an urban area of Kharkiv (Ukraine) in order to determine bat presence in buildings during the course of a year.

The Elekon Batscanner (frequency range 15 – 120) is an easy-to-use bat detector, which detects the main frequency with the briefest of flybys, giving a good initial estimation of species, without missing a bat. Its features include:

The Elekon Batscanner Stereo (frequency 15 – 120) shares the feature of auto-tuning with the Batscanner. What makes this unit different is its ability to display the direction of the sound source. The stereo aspect allows this detector to give a clear sound with only minimal background noise (insects and walking). An optimised built-in loudspeaker means that operators avoid feedback loop issues so that they can concentrate on the calls and can audibly hear the direction of the call and can therefore locate the bat more easily.

This bat detector enabled Cheke and Ashcroft (2017) to deduce the presence of bats, notably the Common Pipistrelle (Pipistrellus pipistrellus), on the island of Amorgos. The Isles of Scilly Wildlife Trust (2020) used the Batscanner alongside the Anabat Express, Batscanner Stereo, Magenta MK4, Night Vision Camera, Cluson Torch, and Datalogger, for dusk emergence, dawn re-entry, and internal surveys.

Applications of the Batscanner Stereo

This bat detector was used by Rostock et al (2017) in a project where their aim was to identify habitats and structures that were of importance to bats and how they may be affected by a development plan. Specifically, the Batscanner Stereo was used alongside the Pettersson D240x to map quarters in the project area and determine hunting areas.