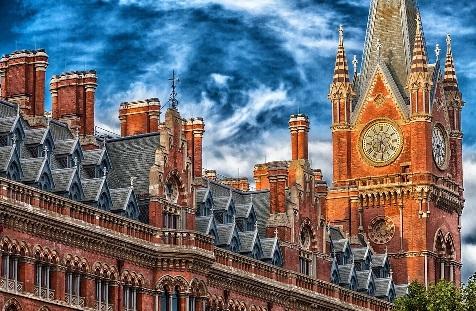 Note this is a summary of some of the points - Read the full set of Hansard on https://hansard.parliament.uk/ - This blog is to inform rather than to express affiliations with a certain point of view. Feel free to scroll through to the headline that interests you - the House of Lords Hansard summary is in indigo and the House of Commons in green.

This month there is coverage of the Agricultural Bill and how that is aligned with environmental management, the Environmental Bill, the climate and greenhouse gases, and tree pests and diseases.

The Secretary of State for Environment, Food and Rural Affairs: This Bill will introduce the first major reform of agriculture policy in this country for half a century. Acknowledgement was given to farmers who contribute to our society by "putting food on our plates and conserving the natural landscapes" and that a "new scheme of farm support will include support for agri-tech to support productivity enhancement in a sustainable way".

The environment was discussed:

"Safeguarding the rights of the most marginalised people and sharing the impact of climate change equitably and fairly...

...Oxfam found that climate-fuelled disasters were the No. 1 driver of internal displacements over the past decade, forcing an estimated 20 million people a year from their homes...

...The World Bank warns that, without urgent action, 143 million people will be displaced in sub-Saharan Africa, south Asia and Latin America by 2050...

...Continuing to burn fossil fuels or expand aviation, and compensating by paying poorer countries to offset those emissions, risks only worsening and entrenching current inequalities."

Baroness Jones of Moulescoomb asked about the plans in achieve net zero greenhouse gas emissions by 2050.

Lord Duncan of Springbank replied that their plans include:

Lord Browne of Ladytron opened up a debate on Absolute Zero

"The authors of Absolute Zero—a recent report by UK FIRES, a consortium of UK academic experts—have done us all a great service by authoritatively and painstakingly exposing the degree to which we are being misled by a techno-optimistic approach to the climate change challenge"

He went on to state that the current calculation of a 42% reduction in carbon dioxide didn't take account of emissions from aviation and shipping and those associated with imports and exports. He attributes the reduction to "a cleaner energy mix based on gas and renewables instead of coal and the falling demand for energy". Essentially a 15% reduction has been achieved if these are factored in to the equation. Baroness Walmsley foresees that achieving a further 85% reduction in emissions will be harder and more expensive. She stated that we must stop burning fossil fuels and harvest energy from the sun. This will require radical changes in infrastructure. She is concerned that the UK is going to put their faith in technology that may not even exist yet.

There are concerns that the promise of technologically rich solutions will not be 1. available in time, 2. in a state that is scaleable, 3. ecologically friendly to manufacture, 4. may take 30 years to become widely used.

Lord Redesdale fed back on what the Government has mandated large companies to do. This includes recording energy usage in terms of electricity, gas and transportation fuel. Each company has to state "what policy and strategy it has for energy reduction, and who in the company is responsible".

The Earl of Caithness raised the quoted the UK FIRES report "Beef and lamb phased out by 2050 and replaced by greatly expanded demand for vegetarian food" and said this is contrary to a statement by the IPPC working group that the plan will be to focus on "sustainably sourced food as part of our diet ​for the future". He raised the issue that the report does not take account of the difference in greenhouse gases produced by beef cattle raised on deforested land in contrast to cattle on natural pastures, where the former produce much more than the latter. He noted that if cattle and sheep are 'abolished' then we would have to do this to "farmed prawns, farmed fish, pork, chicken, cheese, beer, dairy milk, eggs, coffee, tofu, nuts, pulses, rice, beans, carrots, barley, wheat, potatoes, oats and maize", which all produce emissions. Interestingly he also states that cattle numbers today are about the same as they were in 1932 and sheep numbers were similar in 1868.

The Earl of Caithness stated that the UK FIRES report recommends reducing the amount of trees that are cut down. He argues that the number of trees that have been cut down in the UK in the last 100 years 'is not that many', and that forestry has doubled in this time. He also stated that an increase in rainfall has resulted in the forest and forest floor being less efficient at absorbing carbon.

Lord Bishop of Oxford: quoted Pope Francis “the earth herself, burdened and laid waste, is among the most abandoned and maltreated of our poor”, and noted that "Responding to the current emergency is the responsibility of every family, workplace, village, town and city, company and public institution". He went on to say that the church and faith communities must play a part as we are, to paraphrase, stewards of the earth and we should look after the poorest and the weakest.  dioceses are placing the care for the earth on top of their agenda, by encouraging lifestyle changes.

Lord Hannay: the first requirement for success is to make this agenda a global team effort.

Lord Judd: international cooperation is what is needed. Current disasters that are displacing people, and the hunger and poverty that still impacts on millions of people.

Lord Giddens: shared the message of A Farewell to Ice by - one of the world’s leading authorities on the Arctic - Peter Wadhams who defines the loss of Arctic ice as a "practical catastrophe". He also stated "it is not a question of “saving the planet”—the planet will survive whatever we do—but of saving our civilisation" and emphasised the importance of researching blue-sky solutions.

Lord Broers: "modelling of how human behaviour is changing weather systems is even more difficult than modelling the weather itself". We should focus on improving feasible solutions rather than working on everything that we can think of in the hopes of a breakthrough.

Lord Reid of Cardowan: "We have been successful as a species—indeed, so successful that we have come effectively to dominate the biosphere of the planet on which we live. The next phase will be defined by how well we are able to manage that success".

Luke Pollard: There have been cuts to our local authorities. The Environment Agency staffing levels have fallen by 20% since the Government came to power. A new plan for flooding should 1. factor climate change, 2. reverse cuts to frontline services, 3. invest in comprehensive flood prevention, 4. promote land use change and encourage habitat restoration.

Theresa Villiers: We are decarbonising faster than any ​other G7 economy. Habitat restoration, nature-based solutions, peatland restoration and tree planting are all crucial. Planning system must take into account flood risk. Our manifesto commits a further £4 billion over five years. A £2.6 billion of investment for flood defences up to 2021 ensures resiliency of transport networks.

Threats posed to native trees in the United Kingdom.

Lord Hope of Craighead acknowledged that the threat of invasive species is not new, he noted the impact of grey squirrel, mink and signal crayfish

"Trees,..., are part of a much larger ecosystem that includes the birds, animals and insects that inhabit them. When the trees die, the adverse effects extend well beyond the trees themselves."

Some of the causes of the spread of pests and diseases are beyond our control, however what we can regulate is the movement of these through human activities. Lord Hope stated in relation to this that we need to adopt greater biosecurity measures, much like those employed by New Zealand, who tightly regulates importation. He also noted his concerns about the imminent launch of a scheme to expand our woodland - he hopes that this is achieved with care and that young stock are chosen in such a way that it is free from disease.

Lord Hope welcomed Defra’s tree health resilience strategy, which was published in May 2018, however given this he is concerned about:

Lord Colgrain voiced his views which were similar to those of Lord Hope:

"We can expect to have to deal with natural and weather-related disasters, and we are at the mercy of windborne spores and pests, such as ash cholera and the box moth, but what we can prevent we must guard against, such as the import of disease on young plants and the release into the wild of animals that will upset our wonderful, historic, native ecosystem. We should also guard against our own ill-thought-out measures such as plastic tree guards, which blight our woodland for decades and leave permanent pollution."

The Lord Bishop of St Albans raised his concerns:

"How do we address this downward spiral, when, with increasing temperatures, more diseases are coming? ... I ask the Minister, first, about the general commitment of the Government to tree planting for rural landowners. Is that going to continue? Can it be increased? To what extent is it dependent on planting native trees?

...what are Her Majesty’s Government doing to reduce dramatically the numbers of trees being imported? Can we follow the good example of the Woodland Trust, which now only plants trees propagated in this country? What representations are the Government making to the largest landowners in the country to ​encourage them to get on board with the prevention of native tree diseases and pests? Finally, what assessment is being made of Defra’s tree health resilience strategy? How do we know what impact it is making and how can we build on it in the years to come?"

"The Woodland Trust states that there are some 20 non-native pests and diseases affecting native UK trees, six of which have reached epidemic levels. In its briefing, the trust reminds us that it is the landowner who bears the cost when unsafe trees are felled. Clearly prevention is the best and most cost-effective way to manage pests and disease...

She then added further concerns:

The European Union Committee, in its report published on 24 October 2018, Brexit: Plant and Animal Biosecurity, noted that the UK currently follows EU legislation on biosecurity, with decisions on implementation made predominately at EU level. On leaving the EU, the UK has opportunity to strengthen and improve our biosecurity, including the checks at ports and airports that have already been mentioned. If the plant passport scheme has failed, what measures will be put in place?...

...In May 2018, the Government published their Tree Health Resilience Strategy, to which other noble Lords have referred. I hope the Minister will update us on its progress, though I know it has not been a very long period of time..."

The Parliamentary Under-Secretary of State, Department for Environment, Food and Rural Affairs (Lord Gardiner of Kimble) (Con) addressed the House

The Minister of State, Department for the Environment, Food and Rural Affairs, Foreign and Commonwealth Office and Department for International Development (Lord Goldsmith of Richmond Park) (Con)

The bill as presented by George Eustice

For the full debate navigate to here and here